10+ technologies, 70+ best practices, and you need to figure it out all on your own

You’re packaging your Python application for production with Docker—and production use means you need to implement best practices: for security, speed, reproducibility, debuggability. And of course you want fast builds and small images.

Unfortunately, to do that you’re going to have to use and understand 50 years of accumulated tools, technologies, and techniques:

All of these technologies interact with each other, sometimes in unexpected ways. For example, Docker’s build caching can prevent your system packages from getting security updates.

So how exactly are you going to implement these best practices?

Doing all this on your own is overwhelming, not to mention a massive time sink.

Here’s how you can build your Docker image the right way, without getting overwhelmed.

First, you need to start with the best practices that really matter. That means making sure your code is packaged with up-to-date, secure dependencies, and that a rebuild today gives you the same results as a build last month.

Then you ensure your service is running smoothly and reliably. And you prepare in advance so that if your application ever does crash, you’ll be able to easily discover what happened and why.

And finally, you focus on fast builds and small images, to ensure a productive development process and efficient artifacts.

A packaging process that will take you from zero to production

And this is where the Python on Docker Production Handbook comes in.

“I’ve found it very helpful, just having a general guide off best practices to anything to do with deployment. I find this an excellent complement to Two Scoops of Django.”

“I’ve been using [it] a lot over the last two weeks and it’s been absolutely fantastic.

“We applied the secrets handling and multi-stage builds from the Handbook. Having said that, everything in it was an eye opener.”

Get ready for production, today

“It’s super valuable. I now have a big list of TODOs to update our build scripts and Dockerfiles.”

Buy the Handbook for US$79

Buy the Handbook + Simple Template for US$119

What users are saying:

The app using it is now live within the hospital’s ICU unit, and I’ll be using the same template to deploy an API (still in development) on the same infrastructure.”

Implementing far more than the simple template, the Production-Ready Python Containers template lets you quickly ship to production. The first time you go through the onboarding tutorial, I would expect a simple WSGI application to take as little as 30 minutes, and I’ve seen a new user get a complex application going in just 2-3 hours.

With practice, packaging gets even faster. For an admittedly simple case, a WSGI app with no special system packages, I was able to package a Python application in just 3 minutes.

Buy the Handbook + Simple Template + Production-Ready Template for US$329

As mentioned above, all of the purchase options will includes updates to the 1st edition of the Handbook; here are the updates that have been made so far.

Updates for Docker 20.10 and a stable BuildKit.

Other tweaks and improvements throughout the text.

The Checklist has been renamed, and is now known as a Quickstart. To help make that change: 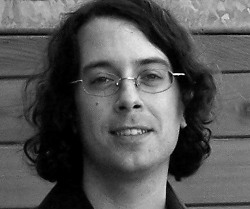 Over the past year I’ve been researching Docker packaging for Python in production, resulting in a free guide elsewhere on this site, live training classes, an introductory book, a template implementing these best practices, and of course this handbook.